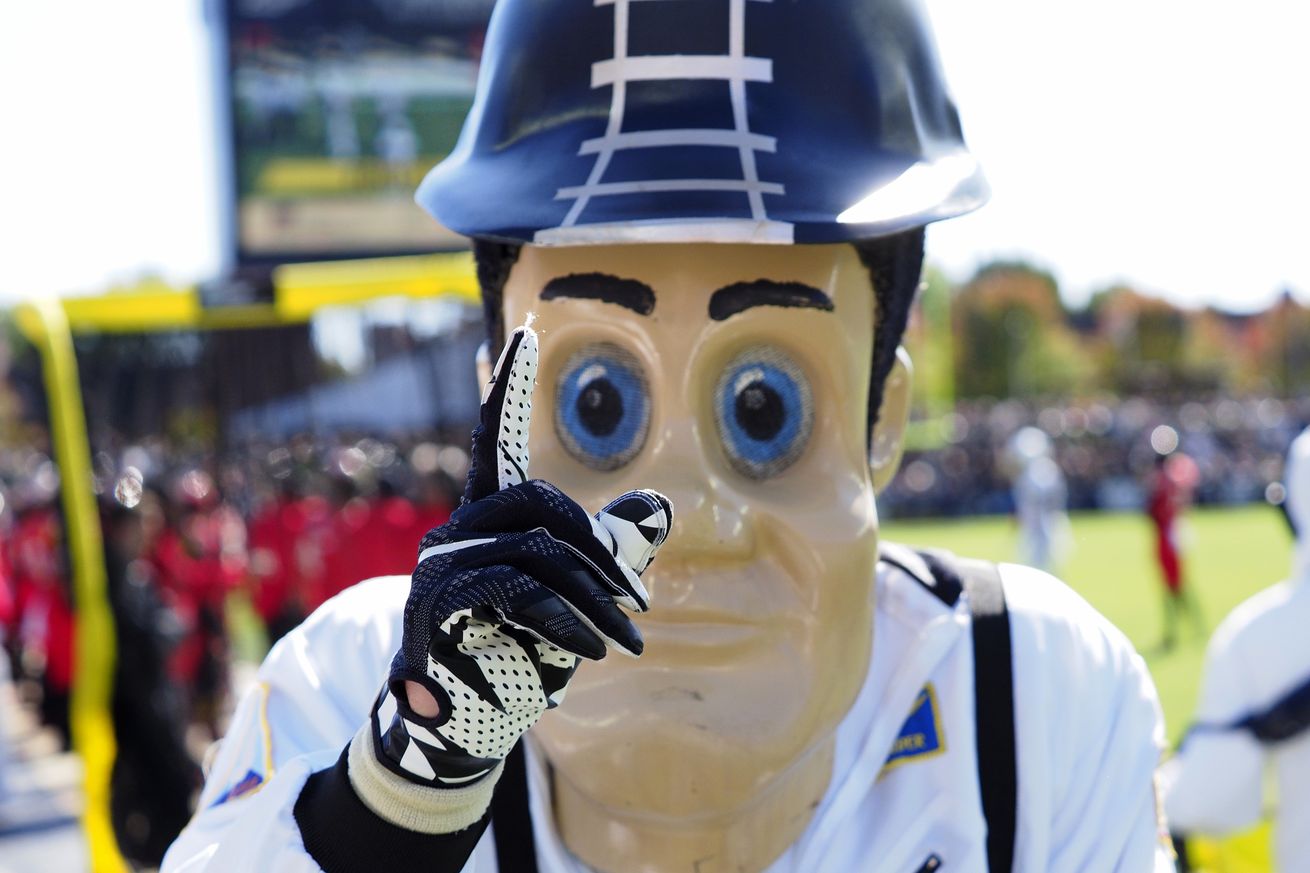 Pete is coming to E-Town! Not creepy at all.

We’re still doing this. Northwestern (1-7, 0-6 Big Ten) is actually favored for the first time since UNLV as they ready to play host to Purdue (3-6, 2-4). But will the Boilermakers’ injuries get the better of them, or will it be the Wildcats who fail to capitalize on a winnable 11 a.m. home tilt?

Here’s how our staff sees things playing out on Parents Weekend in Evanston:

I really want to pick the Wildcats this week. I even think they’ll score a touchdown! But Aidan O’Connell, in limited action so far this season has seemed pretty solid for a third-string quarterback. He will outplay his fellow Aidan (or Hunter Johnson, we still don’t have an injury report) and Purdue’s complete lack of a run game won’t be enough to sink them.

Get ready for some impressive Charlie Kuhbander field goal kicking, though.

Even with an injury-ridden offense, Purdue will still manage to produce coming off their win over Nebraska. Northwestern may score their first touchdown in over a month. I’m feeling optimistic.

Northwestern finally gets some takeaways and capitalizes with….. touchdowns!

With NU’s postseason hopes dashed, and Johnson nursing another injury, I hope the coaching staff will stay away from risking his health (but who knows at this point?) Aidan Smith will throw a touchdown, but Aidan O’Connell and the Boilermakers will dominate time of possession, and win the game easily.

The Ringer’s Ryen Russillo said something something in an NBA preview that I think can apply to Northwestern’s football team. According to Russillo, with certain players we already know the answer to “the question” about them, so we should stop asking it. The question all season with Northwestern has been related to when the offense will improve. It’s been asked enough times, at this point, that everyone should know the answer is never.

This offense is not going to suddenly break through and muster enough points to win Big Ten games. Things don’t change as much as people would like to believe. As much as everyone wants to talk themselves into something like a 17-10 ‘Cats win, that’s just not what this team is this year. I don’t enjoy ripping on a team that’s filled with some really great people, but in 2019, they just aren’t good enough at football.

Northwestern is bad. Really, really bad. Purdue is also bad though, and will be without their best player in Rondale Moore, who went down in late September with a leg injury. This is going to be an eyesore of a game. The low score won’t be the result of good defense, but horrific offense. If you’re in Vegas, you’re betting your life on the under (the total is currently 39.5 points, who did the math on that?)

Both teams are going to struggle immensely on offense, and the special teams units will have field days. Star turns from Andrew David, Trey Finison, and Kuhbander are incoming. Neither Aidan will lead their respective offenses to touchdowns, but, because the world is a cruel place and nobody can have nice things this season, the Boilermakers somehow will prevail. Take the under, folks.

I picked Northwestern the last two weeks to try to move up in the standings. I’m done now. The touchdown drought ends, though!

This story originally posted at https://www.insidenu.com/2019/11/8/20953548/northwestern-purdue-predictions-picks-final-score-results-game-time-location-home-team-under-betting by College BattleGround.